About Obesity Surgery WA in Perth

Obesity Surgery WA is a trusted Perth based obesity clinic founded by Dr Harsha Chandraratna.   Obesity Surgery WA offers an inclusive service to all members of the Perth community. It means that we cater for any cultural or religious considerations that may apply to your surgical procedure, the preparation or the follow-up. 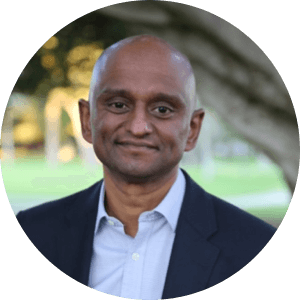 Harsha was born in Sri Lanka but moved to Tasmania in 1974. He settled in Perth in 1980 where he attended high school, and completed his MBBS as a graduate of the University of Western Australia (1993). He successfully completed his training as a specialist General Surgeon in Perth in 2001, and was then made a Fellow of the Royal Australasian College of Surgeons.

He undertook post-fellowship training initially in Perth at Sir Charles Gairdner Hospital, on the Liver and Kidney transplant unit. This was followed by a further 2 years at St James Hospital in Leeds (UK), specialising in Liver and Kidney Transplantation, Hepatobiliary and Bariatric Surgery. Harsha returned to Perth in 2003 and has been working in private practice in Perth since then.

Harsha is passionate about teaching the next generation of doctors. He is currently a supervisor and a trainer for the Royal Australasian College of Surgeons and a senior clinical lecturer for the University of Notre Dame.

Harsha established Obesity Surgery WA and Perth Hernia Clinic upon his return to Perth. He has spent the intervening years building a highly-regarded multidisciplinary practice, whose core principle is providing the highest standard of patient care to all. He understands that there is more to surgery than just technical skills, and that will become apparent to you when you meet him. 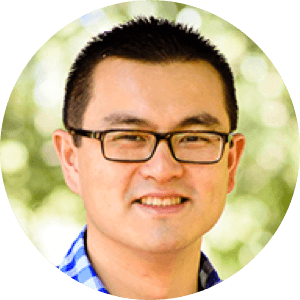 Bill Gong is a specialist General Surgeon. He completed his training at The Alfred Hospital in Melbourne and obtained his Fellowship with the Royal Australasian College of Surgeons in 2014.

Bill and his family moved to Perth to pursue his Fellowship opportunities. After completing his first year Fellowship in Acute Surgery at Fremantle Hospital, he worked at Fiona Stanley Hospital for his second year Fellowship with a specialised focus in Hepatic, Pancreatic and Biliary surgery. In 2016, Bill commenced private practice at St. John of God Hospital, joining Associate Professor Harsha Chandraratna. He has an interest in minimally invasive laparoscopic surgery for gallbladder, abdominal wall hernia, and bariatric surgery. He also performs upper gastric and bariatric related endoscopies.

Our bariatric physicians are an important link in our multi-disciplinary team. They provide specialist and in-depth pre-surgical assessments. The physicians liaise with other members of the team as part of their role, to ensure that all aspects of client wellbeing are optimised and supported by the practice.

Janet is a graduate from the Faculty of Medicine at the University of Western Australia. Her background is in General Practice and she is a fellow of the Royal Australasian College of General Practitioners. She has been working in the field of Bariatric Surgery and as a surgical assistant in theatre for many years.

Janet's role in our practice is complex. As one of our Bariatric Physicians, she conducts pre-anaesthetic medical assessments and liaises with the anaesthetists. She assists in theatre and provides a wealth of experience in ensuring cases go smoothly.

Most importantly, Janet manages long term follow-ups, ongoing medical assessments, and band fills. Many of our patients require medication adjustments as their blood pressure and blood sugars normalise. Janet also provides an extra element of support to what is a major life changing decision. 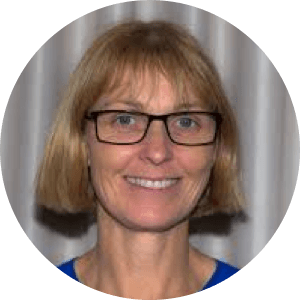 I grew up in country New Zealand and after graduating from Otago University (New Zealand) in 1992, I moved to Perth 1996 to pursue General Practice in an exciting new country.

Soon after moving I met my husband Rob and later had two children.

After working in General Practice for over 25 years I then branched into my passion of weight management at Obesity WA. Over the past 10 years I have been rewarded seeing people's change and health parameters improve. 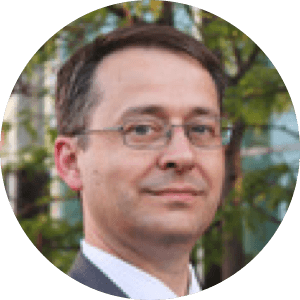 Stephen grew up as a wheat and sheep farmer in rural WA. He worked in several technical and industrial jobs before graduating with a Bachelor of Medicine and Bachelor of Surgery from the University of Western Australia. He is an adjunct Clinical Senior Lecturer at UWA, where he teaches laparoscopic and general surgery skills.

Stephen has accumulated experience in occupational, aviation and underwater medicine during his time in the Army Reserve and RAAF. Stephen works as a Bariatric Assessment Clinician in our practice. He conducts pre-surgical medical assessments and discusses non-surgical options. These appointments take input from the Dieticians, Nurses, and Surgeons. A lot of time is spent educating patients about the operation and the long-term changes they will experience.

Stephen regularly attends theatre as the Surgical Assistant and is happy to discuss the details of the operation. 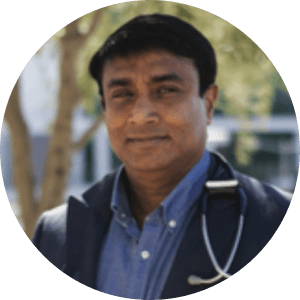 Dhammika is a highly experienced Physician. Dhammika obtained his Doctorate in Medicine from the University of Colombo in 2002, becoming a Fellow of the Royal Australian College of Physicians in 2009. Since that time he has worked as a specialist Physician at Fiona Stanley Hospital, Peel Health Campus and SJOG Murdoch hospital. He is very community minded, with a particular interest in Indigenous health, conducting renal and diabetic clinics in Derbarl Yerrigan Health Services corporation. Dhammika works closely with all involved in the patient journey and appreciates that clear communication is vital in providing the best support and care.

Both Paige and Jo will provide you with general information and take you through the different options to help you to consider whether bariatric surgery is really for you.

An initial appointment with the bariatric coordinator is available free of charge, but it is important that you understand that your discussion with the coordinator will not substitute for a medical review with one of our physicians. 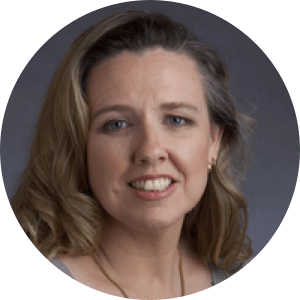 Jo is one of our registered practice nurses. She has a Bachelor of Nursing and a post-graduate diploma in perioperative clinical nursing. Jo has a long background in surgical nursing and patient support, and is a specialist in her field. 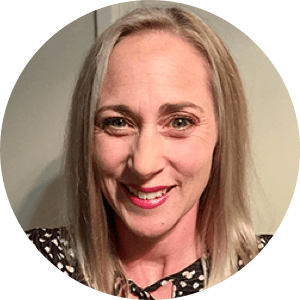 Paige gained her nursing qualification in 2000 from Curtin University and has worked predominantly in the acute post-op general surgical wards specialising in upper and lower GI, vascular and urology. Paige has worked in the public healthcare systems in both WA and QLD as both a Clinical Nurse and a Clinical Nurse Consultant for General Surgery. She has also been employed as a research nurse at UWA and KEMH and as a General Practice Nurse. She have spent the past 4 years working with A/Prof Harsha Chandraratna providing pre and post-op care to his patients undergoing weight loss surgery.

The role of our dietitians in the team is to help patients prepare for surgery and to provide dietary advice for the post-operative period. They will explain the before surgery Very Low Calorie Diet (VLCD), and the after surgery progression back to normal food textures. All of our dietitians are available to see bariatric surgery patients at any time during their journey.

You can contact them if you are seeking additional help or advice with food and nutritional intake once you are past the initial postoperative recovery period. Clients are also able to consult with their GP to get a Chronic disease management plan form completed. This makes you eligible to claim a medicare rebate for up to 5 visits. 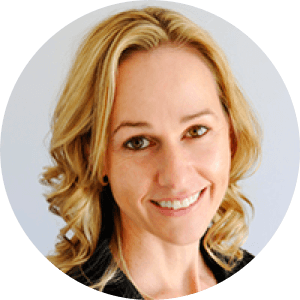 Ange has worked in the field of bariatric surgery since 2008 and now works solely in this area. She helps patients prepare for surgery and provides dietary advice for the post-operative period. Ange is a member of the Dietitians Association of Australia (DAA), the WA Bariatric Dietitians Working Party, and the Obesity Surgery Society of Australia and New Zealand (OSSANZ). 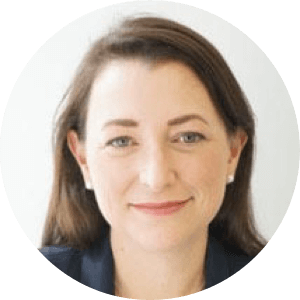 Since graduating in 2008, Katie has worked in a variety of dietetic areas including mental health, ICU, CCU, rehabilitation, paediatrics, oncology, and bariatric surgery. Katie is a member of the Dietitians Association of Australia (DAA), the WA Bariatric Dietitians Working Party, and the Obesity Surgery Society of Australia and New Zealand (OSSANZ). 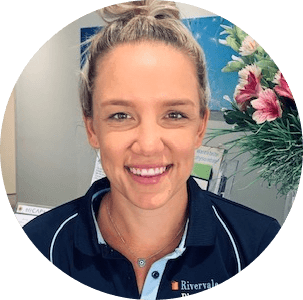 Sam is an engaging, passionate and caring person. Originally from South Africa, Sam moved to Perth in 2014 to play hockey for the Suburban Lions Hockey Club. She has played inactive role in coaching, running functional fitness sessions for a variety of ages and abilities within the club, and managing the Premier ladies program at the club. In addition to this for the past 2 years she has been working with the Members of Parliament and their staff in the WA Parliamentary gym. These experiences have driven her motivation to help people of all ages to reach their fitness goals, in order to achieve a healthy and happy lifestyle that stimulates their day to day living. 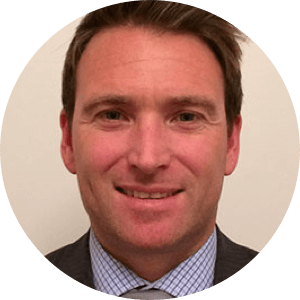 Dr. Clinton Paine is a senior experienced Australasian trained specialist anaesthetist. He obtained his Fellowship with the Australian and New Zealand College of Anaesthetists with excellence in 2010. He is a leader in anaesthetic services and has held multiple leadership positions, including Deputy Head of the Anaesthetic Department at Fremantle Hospital and acting Head of Perioperative Services at Fiona Stanley Hospital.

As part of the Obesity Surgery WA team, you can expect from Dr. Paine a preoperative consultation, explanation of the anaesthetic considerations in plain language, and quality anaesthetic care from a highly-skilled and experienced senior anaesthetist. 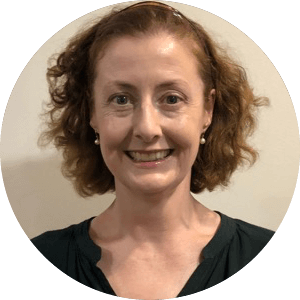 She undertook her specialist anaesthetic training in Perth and completed fellowships at Sir Charles Gairdner Hospital Perth and the Royal Marsden Hospital London.

Dr McManus practices in a wide variety of fields with experience in general anaesthesia, regional anaesthesia and sedation techniques. She feels it is important that patients be fully informed about their anaesthesia and partake actively in the process by asking any questions they may have. 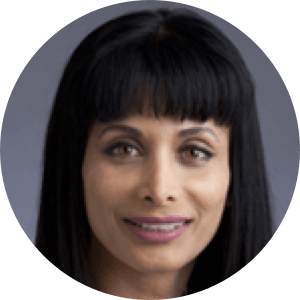 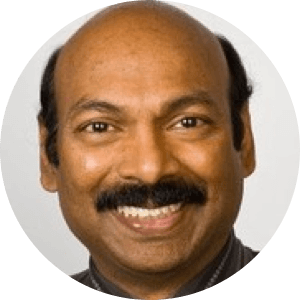 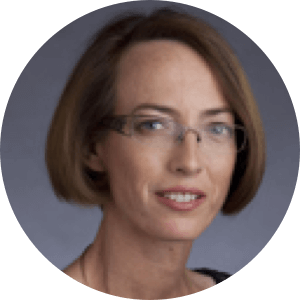