Lee-Anne had Roux-en-Y surgery and lost 24kg in 5 months. 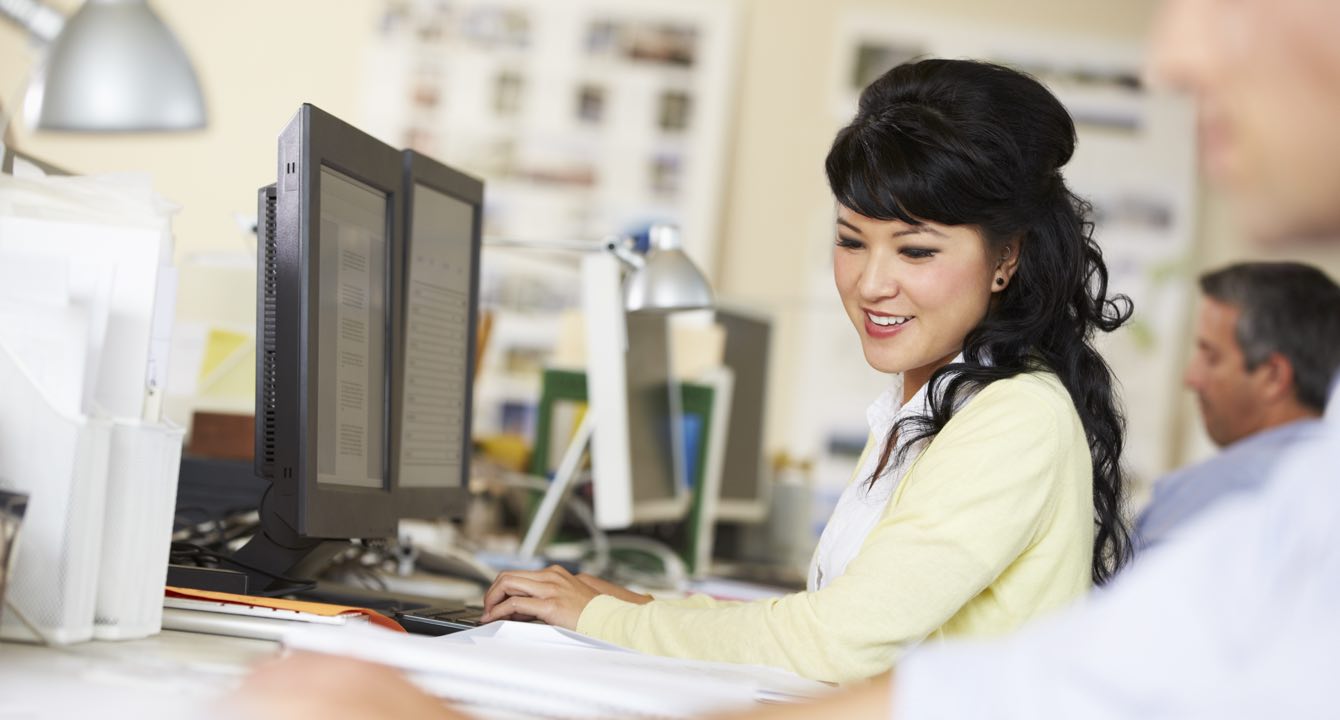 The Roux-en-Y (RNY Gastric bypass) procedure is one of the best-understood bypass surgeries we have. It is performed now using keyhole surgery, so there is minimal scarring and a faster recovery time.

However, as with all surgeries, there are important side effects to consider, including the resulting malabsorption of nutrients afterwards. This means that careful lifestyle choices must be maintained to ensure good health for the years after surgery.

What is a Roux-en-Y Gastric Bypass?

As a result of this long history, we understand how the operation works very well. This includes the possible short, medium and long term risks, and its performance over an extended period of time. 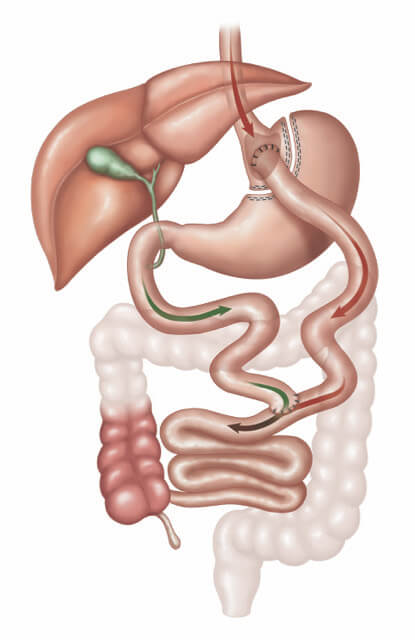 Cesar Roux was a Swiss surgeon (1857-1934) who first described the Roux-En-Y bypass procedure. The technique was originally developed as a useful operative procedure for draining abscesses, removing obstructed areas of the bowel, and removal of pancreatic cysts amongst other things.

Use of the procedure to achieve weight loss came much later, in the 1960s, when the RNY Gastric Bypass was developed. Surgeons noticed that patients having surgery for stomach ulcers lost weight. Based on this, they explored its use for people with obesity. The new obesity surgery worked.

It was initially thought that the weight loss was caused by malabsorption. We now know that it’s the change in gut hormones that drives the change in the body’s “set point” weight.

The RNY Gastric Bypass surgery is extremely beneficial for controlling GERD (gastroesophageal reflux disease). It is arguably the best operation we have for this condition.

It leads to slightly better weight loss than a sleeve gastrectomy and has a much greater impact on diabetes.

One end of the “Y” is sewn to the pouch, and the other end drains the digestive enzymes made by the pancreas and liver directly into the jejunum. This is where they are required for the digestion of food once it leaves the gastric pouch.

The RNY Gastric Bypass, like any weight loss surgery, has a small failure rate when measured over an extended period of time. Weight gain may occur.

Our Perth patients often wonder if roux-en-y is reversible. It’s not, and the revision surgery options for the RNY Gastric Bypass are difficult and not as effective as we would like them to be.

One of the other disadvantages of the RNY Gastric Bypass is the resulting nutrient malabsorption. There is a reduced capacity of the remaining intestine to absorb nutrients from the food consumed. This may cause issues in people over an extended period of time, and can lead to other serious health concerns.

All patients who have had a bypass MUST take multivitamins and have regular follow up blood tests with their doctor, to monitor the levels of these micronutrients in your body.

Leaks may occur from either of the two areas where the joins are formed to create the “Y” or from the gastric pouch staple line. This is known as a roux-en-y “anastomosis” leak (referring to the surgical joins). RNY Gastric Bypass leaks are much easier to manage than sleeve leaks, as they will usually get better by themselves, without any requirement to surgically repair the leak site.

However, the patients do usually need to take antibiotics to deal with any potential infection as a consequence of the leak, along with drainage of any abscesses or pockets of leaking fluid. Patients may also require nasojejunal feeding i.e feeding nutritional fluids directly into the small bowel using a thin soft tube passed through a patient’s nose. It’s important to know that, with some patience, these issues will slowly resolve so that you are able to return to a normal life. The incidence of complications is approximately 2%.

Internal hernias where the bowel becomes trapped under the roux loop, can occur. If you have any abdominal pain you should report it to your weight loss surgeon, even if this occurs decades after the original bypass surgery.

The incidence of complications is approximately 5%. Please note these are estimates only, as there is not enough long term data to make an accurate assessment.

As discussed above, vitamin deficiency is an important long-term problem. It is essential that all bypass patients ensure that they use multivitamin supplements to maintain adequate levels of nutrients in the body. These levels should be monitored regularly by a specialist.

About Obesity Surgery WA: Our 6 commitments

We know that entering into an operation is a big deal and we are very serious in getting the best outcome for you. We practice what is considered to be a world class standard. Our staff regularly attend national and international conferences and bring back what is the latest research and technology.

Our Surgeons and all of our staff try their best to run on time. Although it's not always possible, our commitment is that we do our best. Your time is valuable and we respect that.

Our surgeons (or at least one of them) are always available in a crisis. Some of them may provide you with a direct contact, but all are available through the hospital switchboard and happy to chat any time if there is a crisis.

An obsessive attention to detail

We do our best to not miss anything. Every stitch, every staple and every clip is applied to exactly where it needs to be with the greatest care possible.

Not all operations are the same and there a few extras that we do to make things better. We know that our results are better with the minimiser ring so we offer it to everyone. We know that reflux can be an issue so we try to tighten every oesophageal hiatus to make reflux control as good as possibly can be.

A commitment to new technologies

There are a number of bariatric diets that you will need to follow to give yourself the best chance of a successful surgery and long term sustained weight loss. Each diet is specific to the stage of your surgery and recovery process, designed to help you achieve specific goals along the way.
Bariatric diet


Whether you are overweight or obese, there are significant lifestyle and health challenges associated with excess weight. There are a range of medical interventions for obesity, including medications, psychological support and lifestyle changes, and a choice of bariatric surgeries.
Obesity 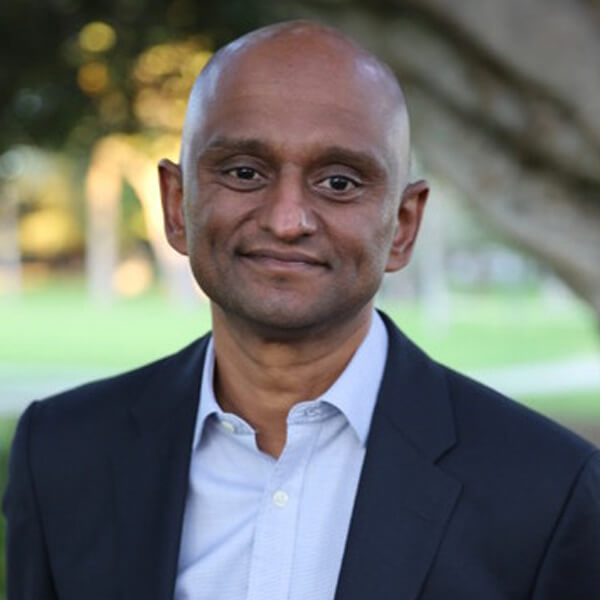 Harsha was made a Fellow of the Royal Australasian College of Surgeons in 2001. He undertook post fellowship training in Perth and then in Leeds (UK) in Liver and Kidney Transplantation as well as Bariatric Surgery. He understands that there is more to surgery than just technical skills and hopefully that will become apparent to you when you meet him.

Bill Gong is a specialist General Surgeon. He completed his training at The Alfred Hospital in Melbourne and obtained his Fellowship with the Royal Australasian College of Surgeons in 2014. In 2016, Dr Gong commenced private practice at St. John of God Hospital, joining Associate Professor Harsha Chandraratna.
Meet the Obesity Surgery WA Team